The Exotics Debacle From Zanesville, Ohio… 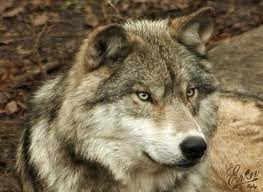 My family has been calling me today and last night to let me know about the news in Zanesville, Ohio. Yes, I live in Kentucky now, but I used to work at Muskingum County Sheriff’s Department, the agency in the news right now trying to corral the exotic animals.
I remember Terry Thompson as being an ass. He had too many animals to keep track of, and they were always getting out and causing trouble. He had cattle on another property (which I thought he used to feed his exotics) but he was always too busy to build fence to keep them in properly. So it was left to the S.O. to block traffic and take property damage reports when the cattle trampled lawns. I was once sent on a call to look for his bear, which had somehow gotten loose. The bear was handleable, but it still gave you chills when you got near it. Terry walked it home like you would a dog.
If Terry did take his own life, it’s a shame, but I think it’s more of a shame that all of those animals had to die as well. They had no choice in the matter. I also feel bad for the deputies who had to kill the animals. Deer and the occasional dog are bad enough, you expect it with the job, but to have to take wolves and cheetahs and lions is heartbreaking.
The one tiny piece of hope I have is that the animals enjoyed their brief time free. And I hope that the animals left over find better homes in the zoos and parks than Terry could have ever given them.
Share This!

This site uses Akismet to reduce spam. Learn how your comment data is processed.

Stay up to date on Jen's News!

If you sign up for Jen's newsletter she'll keep you up to date on the most important news about Lost and Found, the Dogs of War and all of her other amazing projects!

You have Successfully Subscribed!